Although Asteroid Terrestrial-impact Last Alert System (ATLAS) is tasked to scan the space for any asteroids or projectiles that may pose danger to Earth, but somewhere back in 2019, it made an interesting discovery regarding an asteroid that was orbiting Jupiter.

At that time the asteroid looked like a faint asteroid, but it was again captured by ATLAS later that year while it disappeared behind the sun, and then stayed clear of ATLAS till April 2020. Alan Fitzsimmons and David Young conducted a research on the images provided by ATLAS and decided that the asteroid that was under consideration was not an asteroid, but a comet. Its tail was further visible in the new images provided in late 2019 by ATLAS. This Jupiter orbiting asteroid was named 2019 LD2. Furthermore, 2019 LD2 came to be known as Jupiter Trojan asteroid, and up till now it was evident that scientists had seen nothing like this before.

Jupiter Trojan asteroid was spotted as it orbited the sun in a swarm of its kind. One of the swarms orbited behind Jupiter, whereas the other one orbited ahead of Jupiter. Trojan asteroids are known to have subsurface ice, but up till now there was no direct evidence to prove this fact. 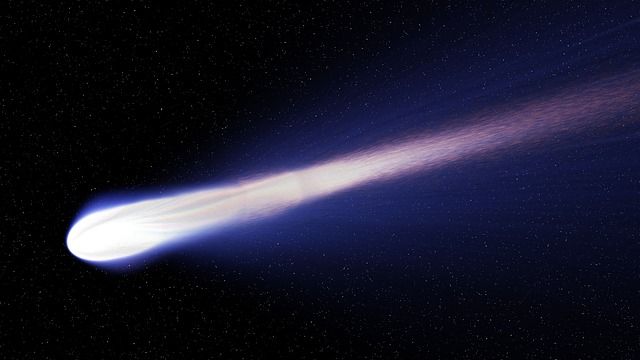 There could be certain reasons behind 2019 LD2 showing cometary behavior, one of them is collision with another asteroid and another one is that it might only be pulled by Jupiter into its orbit recently. The orbit it was in initially in could have allowed it to retain its surface ice.

Other Trojan asteroids follow similar orbital patterns as that of planets, and each planet gets its own share of them. Earth for example could have a number of them, however, at least one is always present, either 60 degrees ahead in orbit or 60 degrees behind.

ATLAS is not designed to help in the space research, or provide more info about the universe we live in, instead its basic purpose is to warn, and provide protection. However, objects detected by ATLAS that are not a danger may aid in space science and exploration, and 2019 LD2 is a proof of that.