Chrissy Teigen Is Having A Baby
Celebrities
By Alexandra Wade - August 12, 2022

The world stops when it comes to Hollywood babies. Maybe that is an exaggeration but fans lose their minds when they see that their favorite Hollywood couple is expecting a bundle of joy. After all, there are so many famous couples that fans simply wish would start a family. Fans went wild when former model and tv show presenter Chrissy Teigen took to Instagram to announce that she and her husband are expecting a baby. This would bring their family to five but this isn’t why fans are so happy for Chrissy. There is more to the story. 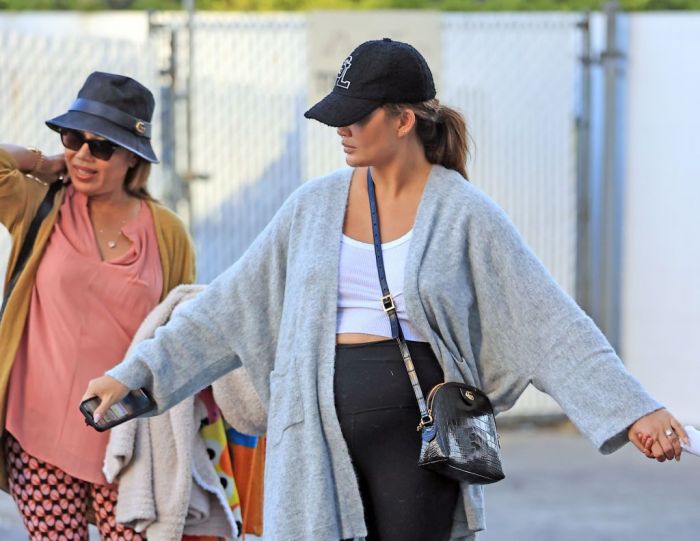 If you don’t know it by now but Chrissy Teigen is a former Sports Illustrated model and tv show presenter. She married famous RnB singer John Legend in September 2013. People were quite surprised when the two started dating because they are two completely different people. You see John is a very soft spoken reserved person. Whereas Chrissy is an extrovert to the fullest extent. She is never shy to say exactly what is on her mind. But even though their paring is uncommon, the two have been married for nine years.

During their nine years of marriage, they welcomed two beautiful children, Luna Simone Stephens age six, and Miles Theodore Stephens age 4. After their son, the couple got pregnant again but unfortunately lost their unborn son. It took them some time to move on which is why the internet went wild when Chrissy posted that she was in fact expecting another child. In her Instagram post, she spoke about how hard the past few years have been for her and her family but how excited they are to welcome the newest member of their family. We are all here to see the baby bump selfies she will be taking.