Darius Cozmic Collection: Arcade Edition is a collection of arcade shooters developed by the Taito Games. The game was published by the ININ Games. It released on the 16th of June 2020 for PS4 and Nintendo Switch.

Most of you will have been Darius fans from your childhood. Well, there is good news for you as the series has got some new compilations incoming. At first, is the terrific assemblage of 3 original arcade games. It seems as it is a collection of 7, but don’t be fooled. It’s 3 games with some versions of each. Firstly, you get the original Darius from 1987. As for now, it is an amazing shooter and its most astonishing feature is its visuals which expands to 3 arcade displays. Due to this, we get a small aspect ratio and it looks very small on 16:9 aspect ratio TV. However, it is a fully authentic game. Talking of gameplay, it has an impeccable powering system that helps you in strengthening your shields along with the missiles and bomb attacks. The game has a set of wide stages which makes it a challenging game to play with different backgrounds which you need to move through and fight with the opponents. Sometimes the situation turns around and you cannot even have a reliance on your memory as the stages and enemy attack patterns are unpredictable. 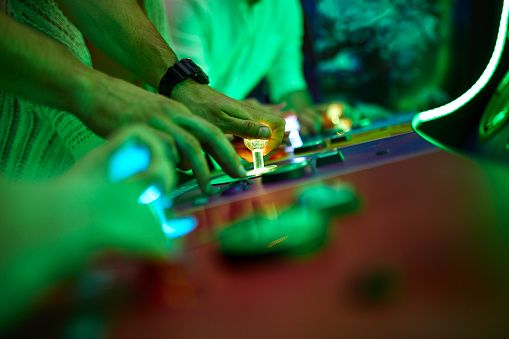 The first two games have different versions according to some variations done to them, which is a very good addition. Darius Gaiden should also have been added as it reflected the Darius experience at the best. Finally, we need to discuss the Darius Cozmic Collection Arcade’s addons. The best addition is that you can see all information from the outside of the play area and on the screen. You can see the boss’s health in a level indicator as well as the shield’s strength, the title of the current song playing, powerups collected by you, and the map of the zone which are a heck of features for the game. You can also watch your replays by saving them and downloading them later which is a pro feature to add. The game lacks some museum styled content which’s addition would make it more interesting.