It can take up to a decade for a human body to decompose from within a conventional coffin, but the “Living Cocoon” can compost a corpse in just two to three years. 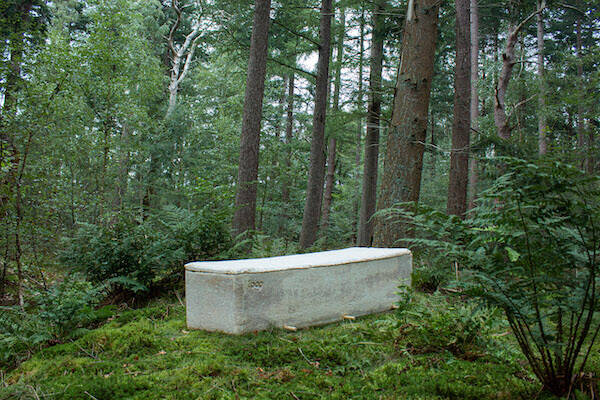 Bob HendrikxThese biodegradable coffins, known as Living cocoons, are made out of the fungus mycelium.

Have you ever thought about what happens to your body after you die? Well, designers in the Netherlands have, and they’ve come up with an eco-friendly solution to burying the deceased.

According to Dutch News, designers from Delft University of Technology teamed up with a local natural history museum to develop these so-called “Living Cocoons,” a biodegradable coffin that’s made out of moss and fungi.

The concept of these Living Cocoons is to facilitate the natural decay of the human body in a way that will benefit the surrounding environment.

“The Living Cocoon enables people to become one with nature again and to enrich the soil, instead of polluting it,” said Bob Hendrikx, founder of Loop, the startup company behind the eco-friendly coffin.

How it works is pretty simple. These cocoons are made out of construction material embedded with a fungi-like bacterial colony known as mycelium. This bacterium is known to form into underground networks and possesses the ability to neutralize toxic substances including oil, plastic, and metal.

Mycelium, or “nature’s recycler” as Hendrikx likes to call it, also releases nutrients that nearby organisms can thrive on. Furthermore, these eco-coffins can also speed up the decomposition time of the human body. What would typically take decades for complete decomposition within a conventional coffin would only take two to three years in the Living Cocoon. 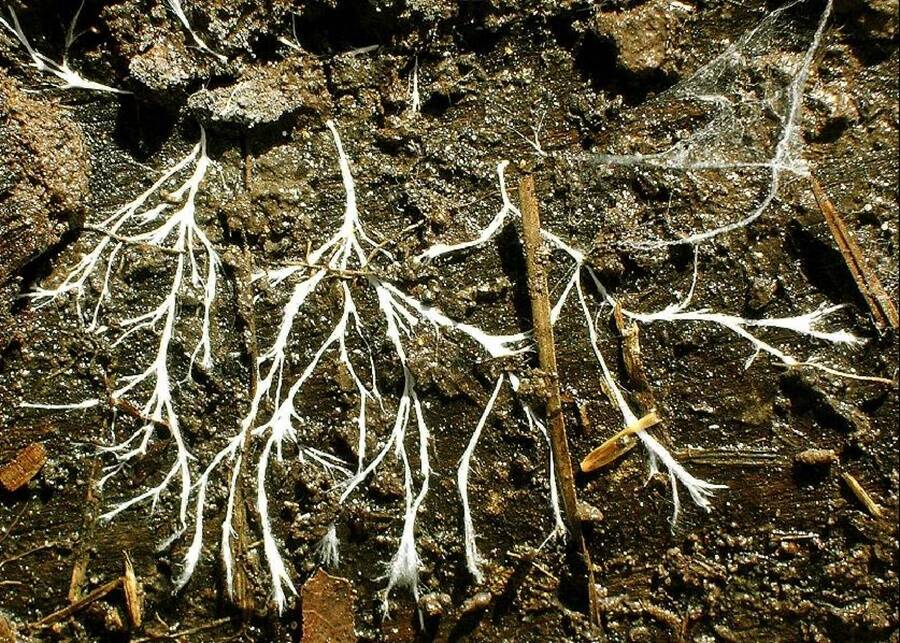 Wikimedia CommonsMycelium naturally absorbs pollutants like oil, metal, and plastic. It was used to help clean up the radiation released by the Chernobyl disaster.

It’s the perfect solution to our destructive impact on the planet, which Hendrikx described as “parasitic.” Conventional burials can often result in polluting the surrounding environment. Caskets that are made of plastics or varnished wood may take years to degrade and could release toxic materials into the ground.

“We are degrading organisms into dead, polluting materials, but what if we kept them alive?” Hendrikx mused. “Just imagine: a house that can breathe and a T-shirt that grows with you.”

Constructing one coffin, which can carry about 440 pounds each, takes about a week. The mycelium fungus is grown in the shape of the coffin then naturally dried out, allowing it to keep the cocoon’s shape. But once the coffin comes into contact with ground water, it begins the process of composting.

Thus far, the company has “grown” at least 10 living cocoons. They’ve also performed a burial ceremony using one of their unique caskets which the company claims is the first type of burial of its kind in the world.

So how much does it cost to make sure your body isn’t burdening the Earth long after you’re dead? For now, the Living Cocoon goes for $2,000 a pop, roughly the same as an average casket depending on its make and model. 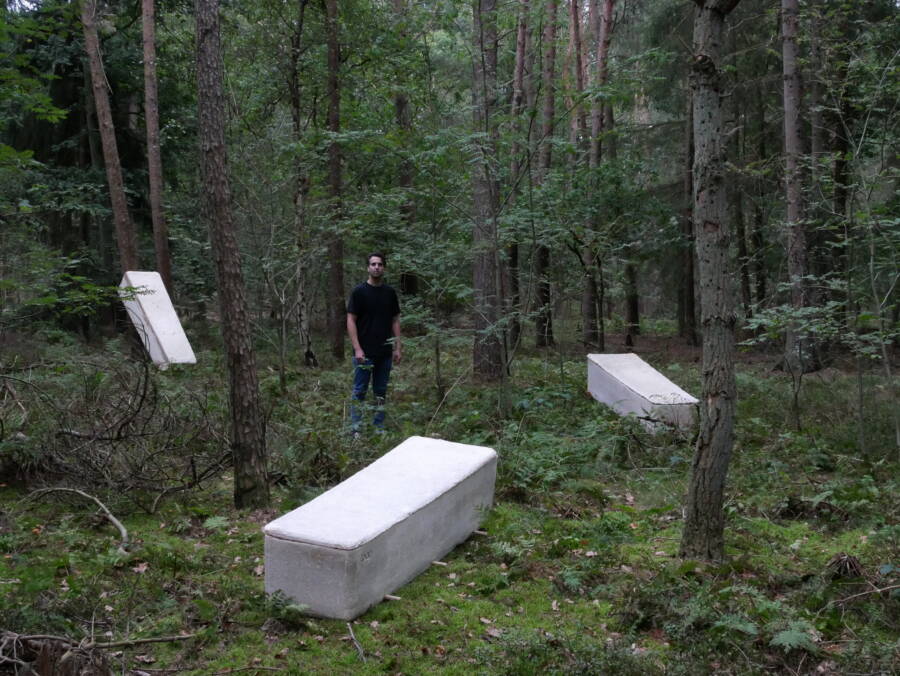 Bob HendrikxThe “living cocoons” are made by Hendrikx’s company Loop.

“It is important to be involved in sustainable innovation like this,” said Frank Franse, director of the funeral collectives CUVO and De Laatste Eer. “It fits our objective to be a sustainable co-operative funeral service.”

In the U.S., morticians reportedly use about 4.3 million gallons of embalming fluid per year, according to data from Cornell University. As for casket-making materials, roughly 20 million feet of wood are processed to make coffins each year. Having your body cremated also poses its own environmental hazards due to the toxic fumes it releases into the air.

It turns out that issues of sustainability continue long after we’re gone, and the idea of “sustainable death” is catching on.

In 2019, Washington became the first state to allow “human composting,” which is the process of transforming human remains into soil as opposed to opting for a conventional burial or cremation. The effort was spearheaded by the human composting company known as Recompose, which promises to transform a body into one cubic yard of soil. That soil will then be returned to the deceased’s family, who can repurpose it for trees or plants.

According to the National Funeral Directors Association, more than half of Americans are interested in a green funeral. Recompose previously told NBC News that it planned to charge $5,500 per body. For comparison, the National Funeral Directors Association listed a traditional burial at $7,360 in 2017. As it turns out, some of the reasons people are turning to eco-burials are based as much on saving money as they are about saving the environment.

It’s an important — albeit morbid — idea to think about. But in light of the devastation wrought by environmental events such as the California wildfires, maybe it’s not such a bad idea to consider how we can be better to the Earth even when we are no longer here.