Euphoria will be returning with a second season. Zendaya, the award-winning actress revealed that season 2 will come out on January 9th. Zendaya will be returning to the show, alongside many of the characters from season 1, like Hunter Schafer, Angus Cloud, Jacob Elordi, Algee Smith, Sydney Sweeny, Alexa Demie, Barbie Ferreira, Maude Apatow, Javon Walton, Storm Reid, Austin Abrams, and Nika King. The new season will showcase the relationship fallout between Rue and Jules, played by Zendaya and Schafer, as Rue struggles through another drug relapse. In the trailer, Rue is seen dancing in her house to Frank Sinatra’s song “Call Me Irresponsible.” We can also see snippets of the high schoolers partying and getting in trouble with the police. We can hear Rue say, “When you’re younger, everything feels so permanent. But as you get older, you begin to realize nothing is and everyone you love could drift away.” 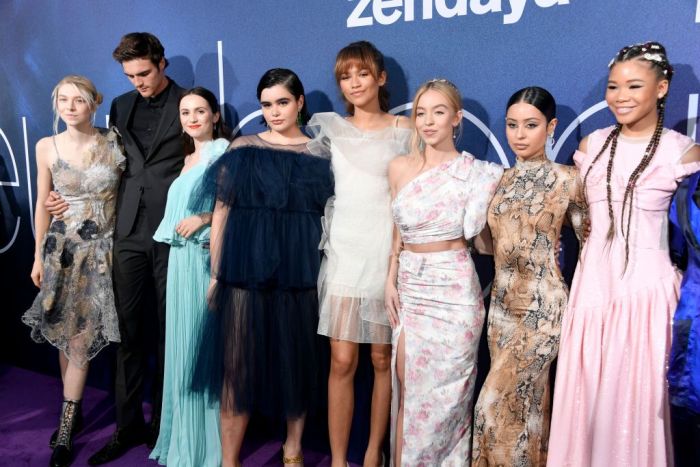 Sam Levinson is the executive producer and writer for this upcoming season. Along with Levinson are other producers such as Ravi Nandan, Kevin Turen, Will Greenfield, Drake, Adel “Future” Nur, Zendaya, Hadas Mozes Lichtenstein, Ron Leshem, and Daphna Levin. HBO describes the season as a show where “the 17-year-old Rue -interpreted by Zendaya- must find hope while balancing the pressures of love, loss, and addiction.” It will include eight episodes, just like season 1, and will air weekly on Sundays.

In an interview with Teen Vogue earlier this year, Zendaya shared that the new season is  “definitely challenging, it’s a challenging season. It’s gonna be hard and it’s gonna be devastating sometimes, but I think Rue really deserves all of that care when it comes to her character, because I think she represents a lot for so many people. And I hope to make those people proud with our depictions of Rue [and] where all the characters go. I think this season’s not going to be easy, though. It’s not going to be a fun watch, I don’t think. Sometimes.”