Making it to the finish line in Final Fantasy VII is not an easy job. Even after you have defeated Sephiroth, the story of the game might come to an end, but the game continues. There will be several other difficulties waiting for you to be explored in the game, and they will pitch you up against more bosses once in a while.

Where is my Joy at?

I don’t get it why the developers were so obsessed with the robotic bosses; however, it does make sense to some extent, considering the main villain of the game is the Shinra corporation. Shinra corporation happens to be an electric supply company.

Anyway, we have put this guide together to help you get through the fight against Pride and Joy Boss.

If you have made it this far in the game, and more importantly, taken down Bahamut, fighting Joy and Proud will be a piece of cake. Most of the Joy and Pride attacks are short distanced and you will have to maintain a safe distance in order to avoid them. interestingly, the focus of Joy and Pride remains on the character you are controlling, the remaining two characters stay in his blind spot. For this fight, I might suggest using Barret most of the time, since he can proceed with attacks from a distance without falling prey to the boss. Once you have Barret in the flow, Cloud and Tifa can deal with the boss at a close range. Also, take note that focusing your attacks on the feet of the boss will bring it down quicker than you expect.

As simple as it might seem up till now, there are a few attacks that you need to be aware of and prepare yourself accordingly.

This attack is pretty self-explanatory. You will know this attack is coming when this big piece of metal starts charging towards you. But what will it be attacking you with? Some superficial electrical attack? Or some thunder attack? No, it will kick you. With all the powers the developers could have provided to this end of the line Boss, they decided to pull a Beckham with it. However, as dumb as this attack is, it is unavoidable, and once the Joy and Pride make a go at it, you are done. 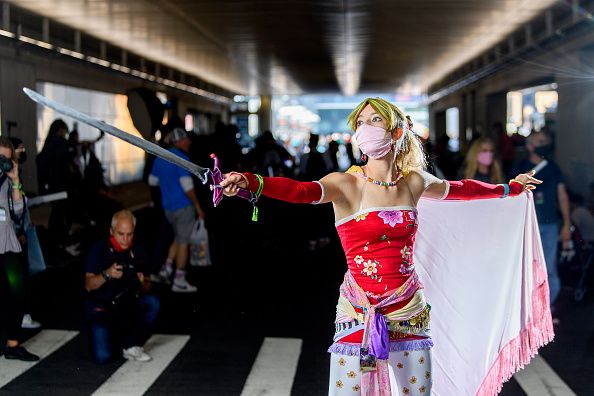 The rest of the game is all about managing your ATB attacks properly, focusing them on the feet of the boss, switching between the characters as required and you will be able to bring down the boss in no time. Once both of its feet are gone, the boss will stagger, and the next thing you need to focus on is its arms and the battle stands at your disposal.

At the end of the battle, you will be rewarded with the Gotterdammerung accessory.