It is bigger, it is better, it has a better storyline, it has more realistic graphics and a much more mesmerizing gameplay, and most importantly, it is a ninety’s marvel. It is the Japanese-role playing game that made your PlayStation seem slightly cooler than the competing consoles of the era back in 1997. The Final Fantasy VII remake has been released by the Square that hit the stores earlier in April this year. Below is a review to help you know whatever we’ve run into, whilst collecting pieces of the best out of your childhood dream game that has not just been re-made, but re-imagined. We’ve also talked about what we think about FF7’s remake. 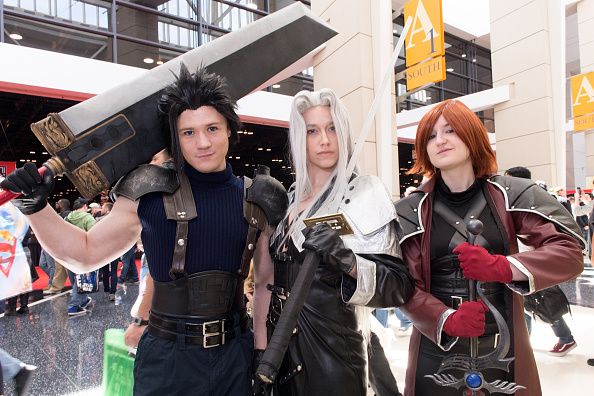 How far has the game come in two decades?

The Final Fantasy VII is not just a higher resolution version of its ninety’s counterpart. Keeping aside the technical details of the game that will make your gameplay more realistic through the Generation Z graphics, Square has surprised us with many in-game differences between the remake and the original Final Fantasy VII.

Of all the surprises that the developer has in store for us, the fact that the game will be released in parts, chapter by chapter over the next few years, stands out the most. The good news is that, within few weeks of the release of the first part of the Final Fantasy VII remake, Square has announced that the company has already started working on the second part.

The riskiest part of the game sides with its storyline. The critical parts of the original storyline are bound to remain consistent with the remake, however, the remake is expected to see some major changes in the storyline as it unfolds, part by part. The storyline has been discussed in depth further in the article.

What is not so much to look up to, is the fact that the remake has gotten rid of the Golden Saucer, Cosmo Canyon, and other illustrious locales. The news might not sound amusing, but it is all up to the developers if they live up to the hype and make these changes for the good in the upcoming parts, or they let their efforts flow down the drain.

What can be said about the storyline?

Without a doubt, Square has put the last fifteen years to good use and made the wait worthwhile in terms of the gameplay and storyline.

The fourth chapter of the game has seen a major makeover. The chapter begins with Jessie trying to access a Shinra warehouse, and to do so, she needs her father’s work pass. For this mission, she asks Cloud(you) for help. To carry out the mission, you proceed to the residential district in the company of Biggs and Wedge. Biggs and Wedge devise plans to create a distraction for Jessie’s mother so that it gets easier for Cloud(you) to break into the house and access the required pass. Playing this chapter allows you to spend more time with the Avalanche members.

The remake of the game also comes with exciting new combat moves, and new bosses to use them against. Once the pass has been accessed and Cloud(you) head over to the Shinra warehouse along with Jessie, on a motorcycle, you come across the first new boss: Roche. This creates the first battle scene of the chapter that takes place on the road. The original bosses have also seen some changes. The remake brings back the classic Airbuster fight, but not without some changes. Instead of proceeding directly into the fight, the game allows you to make changes in the hovering robot that could later add to your benefit. the combat mode of the game has been introduced with a new ATB gauge, that fills up as you progress in the combat. A new weapon upgrade system allows you to configure the fighting style of your character.

Side quests, known as the Odd Jobs, have been introduced. The Odd Jobs allow you to further explore the Midgar, meet more residents and build a better reputation.

Up for a dance?

The creativity of the game developers does not end here. The Square has bounced back with a new mini dancing game. As you struggle to get inside Don Corneo’s place to locate Tifa, you find yourself standing inside the Honey Bee Inn. Here, the game introduces you to a new character, Andrea Rhodea, who happens to be the owner of the inn. Cloud then finds himself upon the stage, trying to impress Rhodea with his dance moves.

The developers could not have omitted the materia from the game, however, they have made slight changes to it. Chadley is a young researcher and a new addition to the game. Chadley gives you the task of obtaining information regarding battles that will help him in developing new materia. This new materia can later be purchased from the shop.

The game guide cannot be complete without talking about the Sephiroth. The original game does not see Sephiroth making an entrance in the Midgar at all, however, in the remake the presence of the villain has increased significantly. Sephiroth makes his first entrance in the second chapter of the game and it is instantly known that he will be creating a lot of trouble for Cloud. Unlike the elusive figure that Sephiroth is in the original game, he keeps popping up throughout the game in the remake.

What do you take home?

The first part of the remake of one of the most beloved games from the nineties, offers a state of art, forty-hour gaming experience. The game has improved significantly in terms of graphics and storyline and offers a gameplay that is more thrilling than ever. It is about high time to that blue light go shimmering on your PlayStation 4 console and live a better version of your childhood dream.