Hailing from Texas, Megan Thee Stallion, whose real name is Megan Pete, is the 26-year-old star taking over contemporary hip hop and reimagining how she can push herself beyond music. She has taken home four BET Awards, collaborated with Beyonce and Cardi B, and became the second woman rapper to win the best new artist award at the Grammy’s. Recently, she signed off her Hottie Sauce with Popeyes and became a franchise owner as well. She appeared on the cover of Sports Illustrated and walked the red carpet at the Met Gala. Despite all of these projects, she managed to complete her college degree in health and administration from Texas Southern. Since stepping onto the scene, Hot Girl Meg has proven that she deserves a seat at the table after the mark she has made in the music industry. After all her accomplishments, her go-getter attitude, and her impressive contribution to Hip Hop, she seems like the perfect fit to win the honor of Woman of the Year. 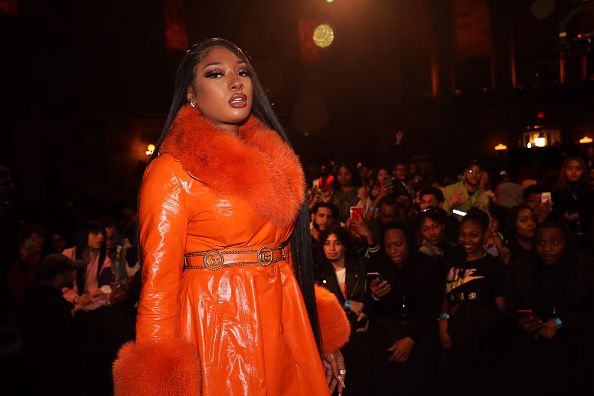 She comes from a long line of strong, independent women. In an interview with Glamour Magazine, when talking about her grandmother, her late mother, and great-grandmother, she explains, They always taught me self-love. They always gave me such high praise. I could be doing the smallest things, [and they would be like,] ‘Oh, my God, Megan, you tied your shoes so well!’” Her grandmother was the one who wanted Megan to pursue a major in nursing and she found her calling in health administration. Unknown to many, she plans to open up assisted living facilities to provide job opportunities and experience. She learned at a young age about business from the women at Kandy Stripe Academy, which was an early childcare education program started by Judy Mayfield-Scott. Scott would explain to the children, “You have to be different to be better.”

Megan explained that growing up, she used to be a people pleaser and wanted everyone to be happy. She said, “If you come around me, I always try to make sure everybody good. Before I was grown, I’m doing whatever my parents say. I’m doing things that make my parents happy. At school, I’m trying to figure out what’s going to make these kids stop bullying me. But when I started getting older, I started figuring out, everything that y’all asking me to do not make me happy.” But once she realized she couldn’t satisfy everyone, she wanted to figure out what she truly liked. This is when she realized she loves writing music and telling stories. She re-invented herself as Megan Thee Stallion and the rest is history. She confidentially said, “In life now, I’m just walking around here doing whatever I want to, and I had to learn. It doesn’t matter how that makes other people feel because I’m not going to be with none of y’all. I’m not looking at y’all when I wake up in the morning. I’m not looking at you in the mirror. I have to do things that make me feel good from the inside out.”