The 94th Academy Awards were held at the Dolby Theater in Hollywood on Sunday night, and there were several historic firsts. Still, they were overshadowed by a spectacular event when Will Smith stepped up on stage and struck Chris Rock after Rock made a joke about Smith’s wife, Jada Pinkett Smith. Less than 30 minutes later, Smith offered an emotional statement after winning his first Oscar for Best Actor. Smith stated that Richard Williams, whom he played in “King Richard,” was a “fierce defender of his family.” He then apologized to the Academy and his fellow candidates in a remark that alluded to his behavior. 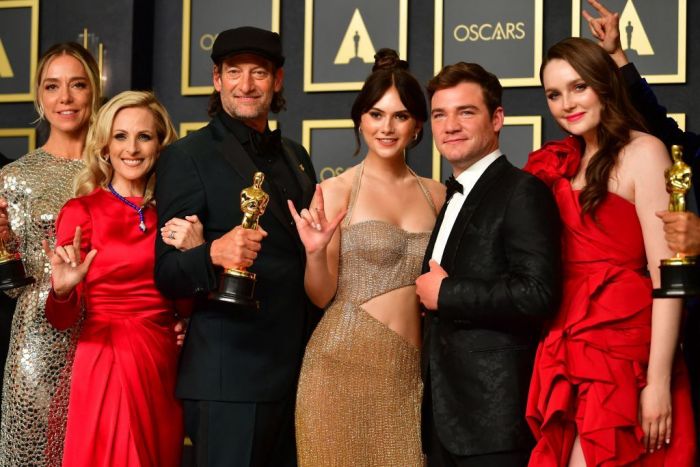 The heartfelt “CODA” had a fantastic night, taking the best supporting actor, best adapted screenplay, and the big kahuna, best picture, to cap off an exuberant evening. Passion won there, as voters chose the film that so many people stated made them cry. Jessica Chastain has won her first Academy Award for her performance as Tammy Faye in The Eyes of Tammy Faye. Jessica raised awareness about suicide prevention and various issues during her inspiring acceptance speech. She mentioned Tammy and the other Best Actress nominees. The Best Actress winner also spoke out against legislation that is “bigoted” and “discriminatory” toward LGBTQ+ kids.

“For any of you out there who do feel hopeless and alone,” Chastain said in her acceptance speech, “I just want you to know that you are unconditionally loved for the uniqueness that is you.” The Academy Awards’ annual “In Memoriam” section honored the lives and legacies of Hollywood stars who passed away in the previous year. Sidney Poitier, Betty White, William Hurt, Michael K. Williams, Ivan Reitman, and Stephen Sondheim were honored, as were filmmakers Jean-Marc Vallée, Peter Bogdanovich, and Lina Wertmüller, among many others. In addition, the Samples Choir performed a medley of songs devoted to the late luminaries.