Paris Hilton is a woman with many talents. She launched her own media company this year, 11:11, which happens to be her favorite time of day. She has also been busy with her shows, Cooking with Paris and Paris in Love. Not only that, but she also has her own podcast, “This is Paris” all while working on a memoir. If all of this wasn’t enough for the star, she is also made her own island in the Roblox metaverse, where she is illustrated as a DJ on New Year’s Eve. While many parties may not be bustling with people this New Year, you can always see Paris DJ on an island in the metaverse. This virtual island is named Paris World and it includes a digital version of her Beverly Hills home and dog mansion. Additionally, you have the option to rent a luxury sports car or buy luxury clothing. 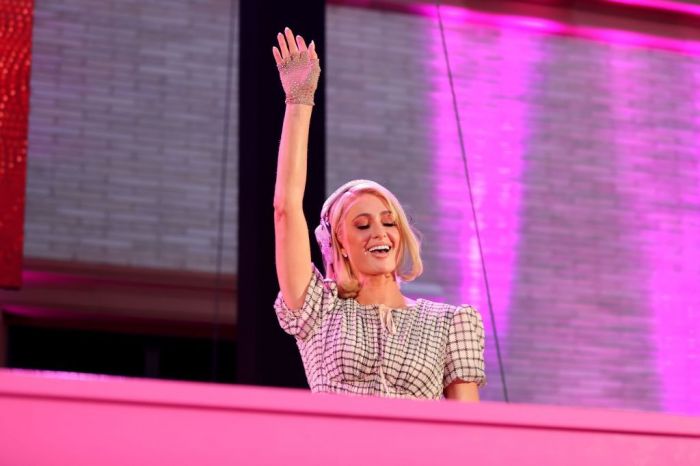 Paris told Reuters, “For me, the metaverse is somewhere that you can do everything you can do in real life in the digital world. Not everybody gets to experience that, so that’s what we’ve been working together on over the past year — giving them all my inspirations of what I want in that world.” Along with this new project of hers, she has also been dipping her foot into the NFT realm, where she has sold three different art pieces. Bruce Gersh, her 11:11 Media business partner said, “The final piece of the digital space is the metaverse. We think that there’s a real opportunity for Paris to influence, even at a younger level than who her core customer is. We’ve built a fantastic, whimsical world that we believe her fans and new fans will just love.”

2021 was a year for Paris to reinvent herself. We can see just how far she has come since her hit show, The Simple Life. If she was seen as a joke in the past, she has really molded herself into the savvy businesswoman she is today. She now has a brand that generated an estimated $4 billion dollars in the last ten years, and that’s no joke. Paris said, “I was always in on the joke, but I knew exactly what I was doing. Behind the scenes, I was building a brand.” Her gossip pages have pumped out 19 different consumer product lines, such as perfumes, apparel lingerie, cosmetics, sunglasses, watches, shoes, handbags, as well as jewelry. So if you have no plans for this upcoming New Year’s Eve and want to experience something unlike anything you’ve experienced before, you may want to consider joining Paris’ metaverse.