It seems as though when it comes to the Kardashian/Jenner sisters, there’s nothing they can’t do. We have all watched the sisters build their own empires. Whether it’s modeling, makeup, or even clothing, they do it all. Now when it comes to Kim Kardashian, everyone knows that she is well known for having no talent but being able to do almost everything. So seeing her on the runway during Paris fashion week wasn’t really surprising but more shocking. You see everyone knows that Kendal Jenner is the sister who has a modeling career. The other sisters are simply seen as Instagram models. 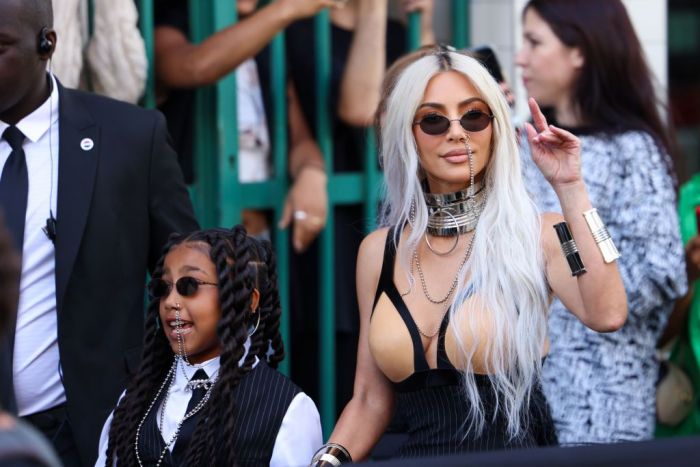 However, Kim Kardashian totally changed this narrative when she took to the Balenciaga runway during Paris Fashion Week. Before we get into that, let’s talk about the relationship Kim has with Balenciaga. At the beginning of 2022, it was clear to see that the reality tv star decided to only wear this high-end fashion label. Every time Kim posted to her social media or was simply photographed in the streets, she would be wearing Balenciaga from head to toe. So much so that many fans thought she would be dressed by the fashion house for the Met Gala but we all know she went in another direction.

Now you may not know this but Paris Fashion Week is quite a big deal for both models and designers. Many models spend their entire careers to be able to walk in Paris Fashion Week. Designers know that because of the hype around the week they have to pull out all the stops so that their lines are sold out instantly. With that said, Balenciaga decided to get Kim Kardashian to talk in this year’s show. This was a major shock because firstly Kim is rather short to be a model and well she had never really done it before. But it is safe to say that she did an amazing job.