Kourtney Kardashian Might Have A Baby
Celebrities
By Jade Kerr - May 6, 2022

The Kardashian clan is always making headlines for several reasons, this time it’s Kourtney. And why are we so interested in what might be going on? Well, it’s rumors about a baby! Baby’s always got people excited and fans can not be more excited for the oldest Kardashian sister. She has always been passionate about motherhood as she has spoken about it multiple times on the family hit tv-show Keeping up with the Kardashians. Kourtney already has three children with her ex Scott Disick. Kourtney has always made it abundantly clear that he had planned on expanding her family. 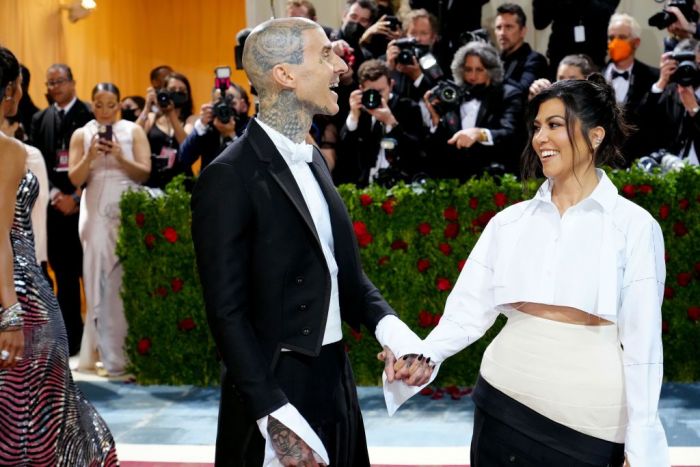 Kourtney along with her fiance Travis Barker has for the most part been quiet about any baby plans but Kourtney did have her eggs frozen as she said that it gave her peace of mind. Later on, Kourtney stated that she and Travis would like to have children. In April of this year, Kourtney opened up about her and Travis’s attempt to conceive and how hard it has been for them. She went on to later state that the two of them would like to have two children in the future.

In Kourtney’s dream, she and Travis would have a blended family consisting of eight kids as both of them have three each. But they have been struggling with IVF. It has been a hard and very emotional journey for the couple but they have a great support system behind them. Sources have said that the couple is now looking for a miracle to help them. It is hard to see someone so passionate about being a mother go through something like this and so publicly but there has been lots of support coming from fans and others alike. We hope that there is still good news to come for the couple.