New Study Suggests The Northern Lights May Have Led To The Sinking Of The ‘Titanic’
TIL
By Admin - September 24, 2021

The charged particles from the aurora borealis may have been strong enough to affect the ship’s navigation and communication systems. 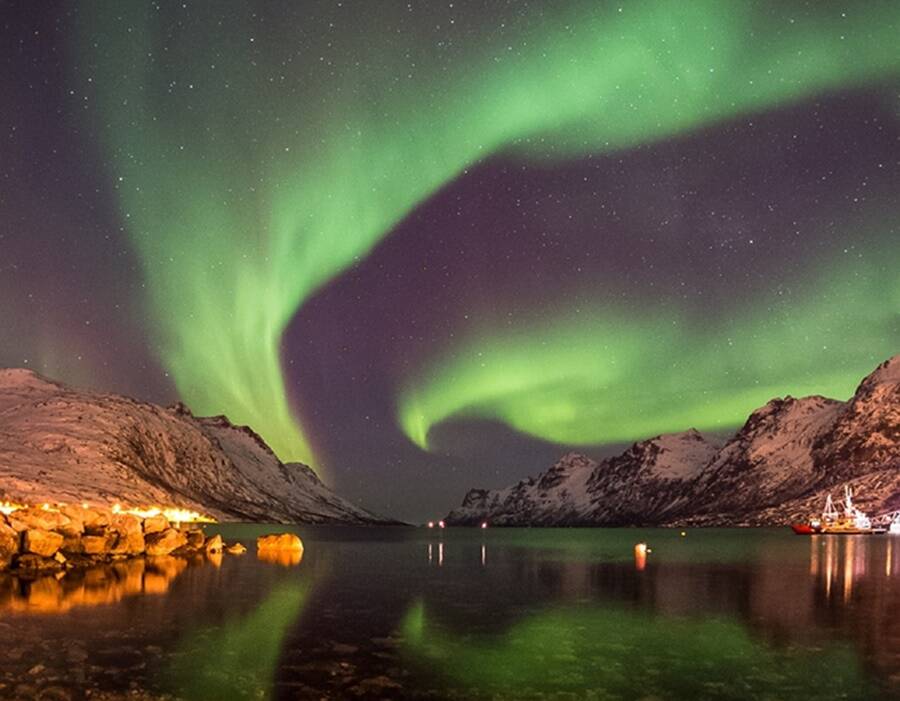 PixabayA new study suggests that interference from a geomagnetic storm could have contributed to the sinking of the Titanic.

On the night of April 14, 1912, one of the worst — and possibly most famous — maritime accidents in history occurred when the British passenger ship, RMS Titanic, struck an iceberg and sank in the North Atlantic Ocean. Of the 2,240 passengers and crew aboard, roughly 1,500 were killed.

Now, a new study has suggested that interference from the Northern Lights that fateful night may have contributed to the ship’s disaster.

As Live Science reported, independent weather researcher and photographer Mila Zinkova examined weather conditions on the night that the Titanic sank. According to the eye witness accounts of survivors and the ship’s logs, the colorful streaks of the Northern Lights, also known as the Aurora Borealis, were strongly present during the night of the tragedy.

The study, published in the journal Weather in August 2020, went on to posit that the geomagnetism of the aurora may have interfered with the Titanic’s navigation system as well as its communications, which likely hindered subsequent rescue efforts.

According to NASA, auroras form in the night sky due to solar storms generated by the sun. These solar storms contain heaps of charged particles that are sometimes strong enough to travel all the way to Earth. As this electrified gas meets Earth’s atmosphere and travels through the planet’s magnetic field, it interacts with atmospheric gases like oxygen which then glow green, red, purple, and blue.

These storms can also interfere with the Earth’s electrical and magnetic signals, causing surges and disruptions. 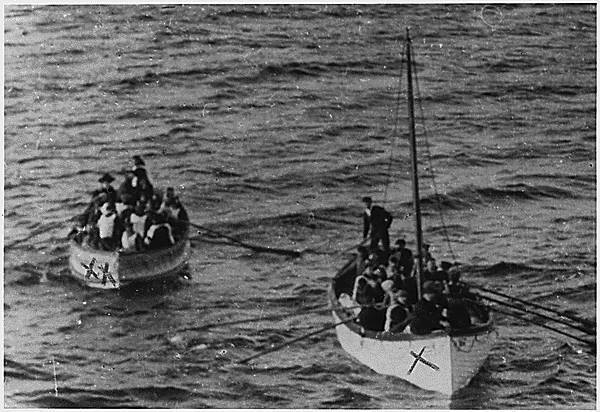 National ArchivesA log from an officer aboard the RMS Carpathia, one of the ships that came to the Titanic’s rescue, also reported seeing auroras that night.

As Zinkova noted in her paper, if a solar storm or geomagnetic storm was powerful enough to produce an aurora, then that same magnetic energy may have been strong enough to affect the navigation systems and communications aboard the 882-foot Titanic, as well as aboard other ships coming to its aid.

James Bisset, second officer of the RMS Carpathia which managed to save some survivors, noted in his log on the night of the rescue, “There was no moon, but the Aurora Borealis glimmered like moonbeams shooting up from the northern horizon.”

Even as the Carpathia arrived to save survivors five hours later, Bisset reported that he could still see “greenish beams” of the Northern Lights.

Additionally, Lawrence Beesley, one of the few survivors of the tragedy, wrote about a glow which “arched fanwise across the northern sky, with faint streamers reaching towards the Pole-star.” To Zinkova, this appeared to be an obvious description of the Northern Lights.

The only known footage of the Titanic recorded before its tragic accident.

The study has made a strong case that the Northern Lights were on display on the night of the tragedy, and it went on to suggest that the geomagnetic force of the aurora affected the Titanic’s navigation systems, perhaps leading it right toward the iceberg. Even a slight deviation of 0.5 degrees off course would be enough to steer the ship toward a fatal collision, and it is possible that magnetic interference caused such an error in the ship’s compasses.

“This apparently insignificant error could have made the difference between colliding with the iceberg and avoiding it,” Zinkova wrote.

Furthermore, reports on the same night of the disaster cite “freaky” radio signals heard by operators aboard the RMS Baltic, another ship that came to the Titanic’s rescue. Some of the distress signals put out by the Titanic’s crew didn’t even register on other ships and the Titanic reportedly failed to receive a number of responses.

In the past, researchers have attributed this failure in communication to the ignorant antics of private citizens with radios, but Zinkova posited otherwise.

“The official report of the Titanic sinking suggested amateur radio enthusiasts had caused interference by jamming the airwaves… However, at the time they had incomplete knowledge of the influence that geomagnetic storms may have on the ionosphere and disruption to communication.”

Separately, another theory has posited that a fire aboard the ship mere nights before sinking contributed to the disaster. Although most historians agree that the clash with the iceberg was what truly sank the ship, prior damage to the vessel may have only hastened its demise.

It appears as if a perfect storm of misfortune, whether it was a fire or potentially geomagnetic interference, sealed the Titanic’s fate.