On Rihanna Expecting A Baby
Celebrities
By Alexandra Wade - February 18, 2022

Now, it is no shock that Fashion and beauty business mogul and superstar Rihanna is pregnant with her long-term boyfriend, A$ap Rocky’s baby. The businesswoman and singer threw the world, especially her adoring fans, into a celebratory mood when she announced her pregnancy last week by showing her baby bump in a long pink jacket adorned with jewels. The couple gave us adorable moments filled with forehead kisses as they went snow walking in Harlem, where A$ap grew up. 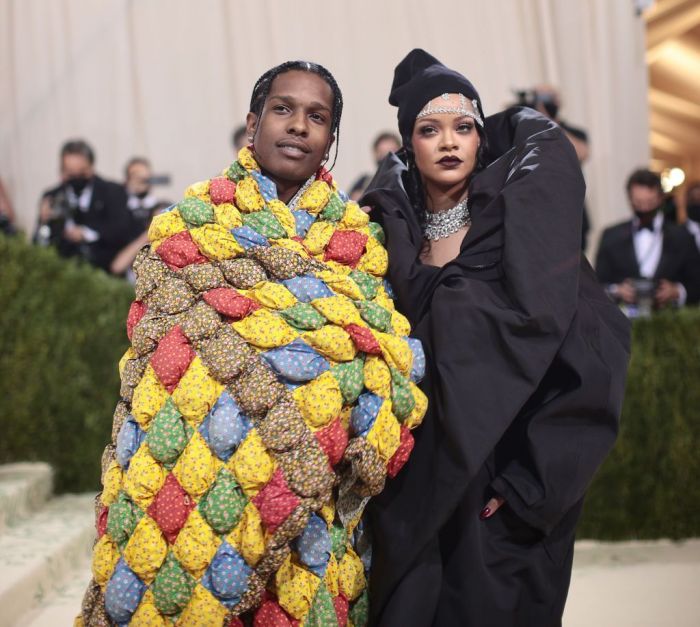 At the news breaking, social media buzzed with reactions from heartbroken fans to the Rih’Navy. Unfortunately, the news meant their wish for a new album wasn’t forthcoming to some fans. Likewise, her Twitter fans had some hilarious responses to the statement. Here are some highlights. Zara Rashim, on January 31st, wrote this regarding the news ‘everyone saying we’re never getting new music — Lauryn Hill was pregnant with her first child when she wrote The Miseducation!!! She famously said, “when some women are pregnant, their hair and their nails grow, but for me, it was my mind and ability to create” I’m choosing HOPE!!!’ Another fan, @kirawontmiss, said, ‘ Rihanna is pregnant, and I’m not the father. I hate this life.’

The couple started as friends and officially started dating in November 2020. When asked about his future as a dad, A$ap had this to say “I think I’d be an incredible, remarkably overall amazing dad. I would have a very fly child. Very.” A$ap has also granted interviews where he speaks about his feelings for Rihanna and their relationship, calling her the one. In his words, “So much better. So much better when you got ‘the One.’ She amounts to probably, like, a million of the other ones. I think when you know, you know. She’s the One.” We have no doubt this couple will make great parents and wish them all the love on their journey together.