Pete Davidson has announced his departure from Saturday Night Live. The 28-year-old talk show host has been dating reality TV star Kim Kardashian since October 2021 after her split from Kanye West. He has been a part of the sketch comedy show since 2014 but decided to step down on Saturday (21.05.22), paying tribute to his time on screen with a “super emotional” Instagram post. Davidson does not have his own Instagram account, but he sent a message through “Saturday Night Live” writer Dave Sirus. A video of Davidson hugging Jerrod Carmichael accompanied the statement. 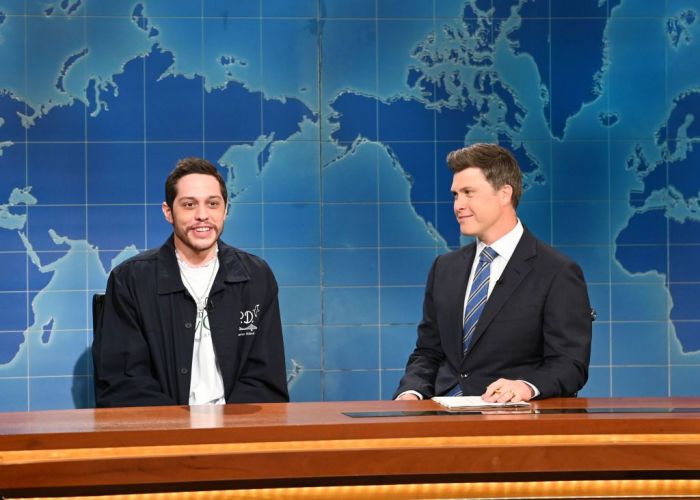 At 20 years old, Davidson joined the “Saturday Night Live” team back in 2014, and he became one of the youngest cast members. In a 2020 interview with “CBS Sunday Morning,” Davidson admitted that he had no idea SNL was still on the air when he was called to audition. However, the comedian and actor attribute his success to the variety program. “As a comic, I started getting taken seriously,” he said. “It completely transformed my life.” “Lorne Michaels and everyone at SNL I owe my life,” Davidson posted on Saturday. I’m pretty appreciative, and I wouldn’t be here if it weren’t for them. I appreciate you always having my back and standing up for me, even when it wasn’t popular to do so.

Davidson has appeared in many feature films, including “Set It Off,” “The King of Staten Island,” and the A24 horror picture “Bodies, Bodies, Bodies.” Davidson is still set to executive produce and star in “Bupkis,” a new Peacock streaming drama characterized as “a heightened, fictionalized version of Pete Davidson’s real-life” by a Peacock representative. Pete’s departure from SNL is significant, but more well-known comedians are probably also departing following the season 47 finale. After the finale, Kate McKinnon, Aidy Bryant, and Kyle Mooney plan to leave the show. Since joining the program in 2012, McKinnon and Bryant have played pivotal roles and are fan favorites.