Potata: Fairy Flower is a 2D puzzle game developed by the Potata Company. It is published by OverGamez. The game released on the 6th of June 2020 on Nintendo Switch. Potata has also kept a multi-platform approach by releasing the game on Xbox One, PlayStation 4, and PC for a greater gamer audience. It is priced at $12. 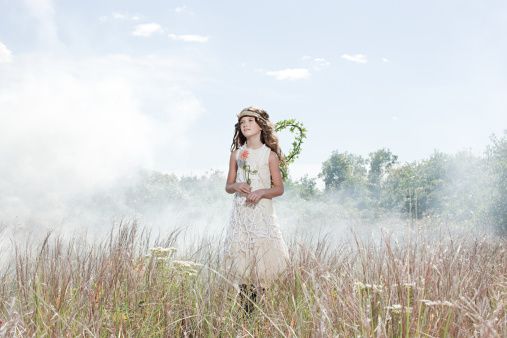 You would also be fighting the boss on your way. You would be put with puzzles at different moments and all you need to do is solve them throughout the game. The worst thing about this is you aren’t told how to solve them, totally unexplained! This doesn’t mean that they provide the solution to it, but some form of hints should be provided to engage the player’s interest in the game. You wouldn’t be wanting that the player searches online for help, hell no! Those who play puzzle type games would know the structure, but everyone doesn’t do that, it also needs to be considered when making one. The ongoing game would pause at certain incidents for you to solve a Tetris type puzzle or something board-based puzzle which would make you focus, don’t go on its easy looks! You would also have to solve puzzles of different types. Some may ask you to fix things at appropriate places. A right fit may lead you further. Another new type of puzzle I found was such that you must observe your surroundings very carefully and solve those riddles. Very clever and tough though! I didn’t like them that much. In most games, you would try fleeing away from the enemies, but things are a little different here, sometimes you would have to interact too. Play it and find out! The game would also provide with an option, whether to buy a guide with credits, a non-playable character, who helps you, or does solve that difficult puzzle to escape from the challenge if you don’t have guts to solve them or lack some IQ, everyone isn’t a genius at puzzles! These NPCs also won’t be telling you the secret to solving one. One may assess their moves to get an idea of it or sit clueless again. If you did take a sigh of relief, take it back as it is only available for some of the levels, not all! It does look unusual, but that’s how it is. Do try the most successful way of trial and error, sometimes it works.

The game has a very good color choice along with a decent pack of graphics. Some may feel as if they had opened their nursery grade books again. The art direction is amazing to notice, and the forest is very well visualized with different shades of green, as it should be, and with insects like fireflies. The 2D animated characters are also very well presented and look peaceful in observance. They have indeed put their maximum into detailing for these. One thing noticeable was all the people in the village had the same skin colors and contrasts, a change in these would make it look more natural and better. No violence. It is a calm and comfy adventure to play with. Difficult puzzles or big boss fights have a uniqueness to them because of soundtracks. The violin playing patterns change and give you a serious tone for the levels. They aren’t the best ones but keeps the player immersed in during the gameplay. Another thing I liked is that all levels are in different locations. You won’t find and repetitiveness in this due to this uniqueness. This does affect a lot on the gameplay, and you won’t find it boring. Variance in enemy types would have been appreciated, but it still works fine. You would also examine some issues with the dialogues. They aren’t written in the best form, sometimes making things turn a little different.

As for performance, you won’t find any issues with it. The game runs at very good stationary framerates without any spiking. You can play it easily as your personal preference on handheld and docked.

“Potata: Fairy Flower” isn’t a lengthy one for a puzzle game. A regular gamer would easily finish it in less than 5 hours. It is entertaining to play, and you can also find alternative endings to it too. One of the issues with it is that it ends very quickly. You also won’t come through any big puzzle or a highly powerful boss which will make your heart pounding fast along the whole game and that doesn’t make it that nice. Other than that, it also isn’t for very small children as solving this level of puzzles isn’t their thing to do. You may have issues with the price, calling it overpriced, but gamers fond of cartoonish characters and puzzles won’t hold back.