Ryan Reynold's 'The Adam Project' Is His Double
Celebrities
By Penelope Trent - March 26, 2022

If you’ve watched the latest Ryan Reynolds movie, The Adam Project, you can’t help but notice how the young co-star, Walker Scobell, who played the younger Ryan Reynolds, shined in his role. The Adam Project features Adam Reed, a fighter pilot from the year 2050 who encounters his twelve-year-old self in 2022 and must recruit the help of his younger self to save his wife and prevent a nightmarish future. 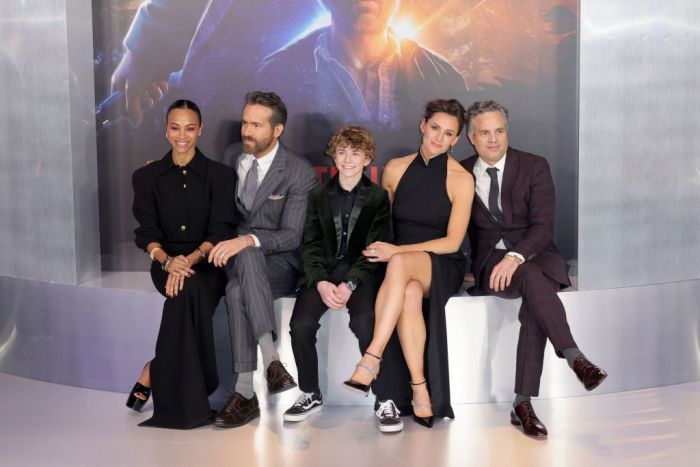 Director Levy explained in a recent interview with The Wrap how Scobell, despite being new to acting, was able to match Reynolds’ intensity step-for-step. Well, young Walker Scobell is somewhat of a Ryan Reynolds scholar, having watched Deadpool 2 since he was seven years old, and knows the entire film by memory. Apparently, before every audition, the rookie actor would watch Deadpool 2 repeatedly until he could recite speeches from the foul-mouthed superhero. Reynolds initially caught Scobell doing just that on the set of The Adam Project and released the video online.

Ryan Reynolds’ Instagram account received a lot of attention after he posted the video from the sets of The Adam Project with Walker Scobell. It has received over 9,000 comments on social media and has received over eight million views. Jennifer Garner and Zoe Saldana, who co-starred in the film, also jokingly commented what Reynolds had done to the child. Shawn Levy, director of The Adam Project, gave his remarks on the young star saying,  “We had seen hundreds of kids, and we knew when we found Walker that he was special and talented, but we didn’t know that he was a sick fan of Deadpool. So, he showed up ready with the chops, but he can channel Ryan.” Other members of Netflix’s The Adam Project include Zoe Saldana, Jennifer Garner, and Mark Ruffalo.