Archaeologists Just Dug Up The 700-Year-Old Life-Size Stone Head Of A Medieval British King
TIL
By Admin - October 6, 2020

King Edward II presided over a tumultuous reign that ended with his execution in 1327. 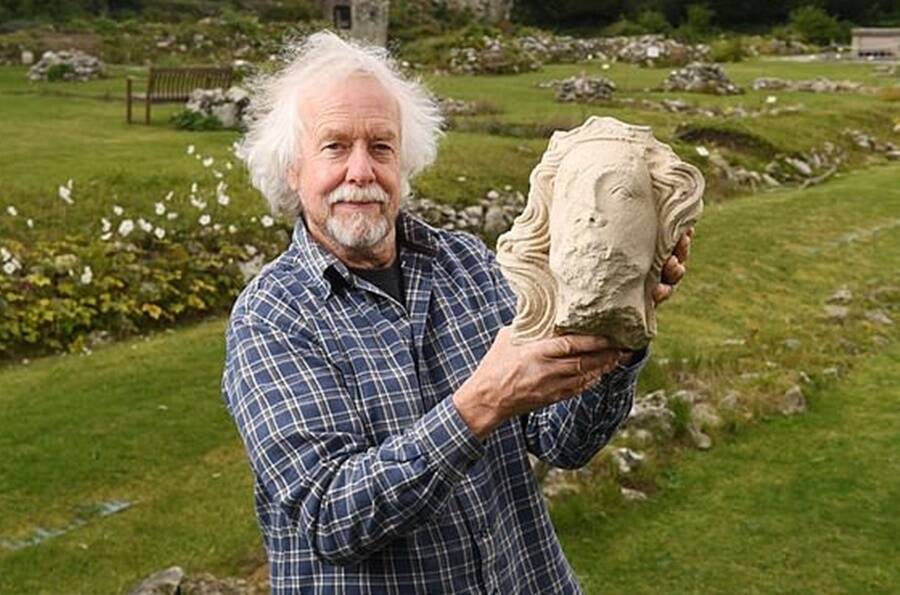 Zachary Culpin/BNPSArchaeologists uncovered a 700-year-old stone head believed to be King Edward II in the ruins of Shaftesbury Abbey.

There’s a lot that can be learned simply by looking at the ruins of an old site. After finding the partially destroyed stone head of a British king, archaeologists have surmised the original layout of one of the oldest nunneries in Britain.

According to the Daily Mail, the 700-year-old carved stone head was uncovered at the site of Shaftesbury Abbey, a nunnery in Dorset that dates back to the ninth century A.D.

The stone head, which is missing its nose, jaw, and most of its facial features, is thought to depict King Edward II who ruled England between 1307 to 1327 in a tumultuous reign.

Furthermore, researchers suspect that King Edward II’s stone head may have been part of a previously unknown gallery of royal sculptures once located inside the grand building of Shaftesbury.

“The significant thing is it is wearing a crown. This is a royal figure, a statue of a king or queen. It might be Edward II, but we’re not sure,” said archaeologist Julian Richards who is leading the excavations at Shaftesbury. 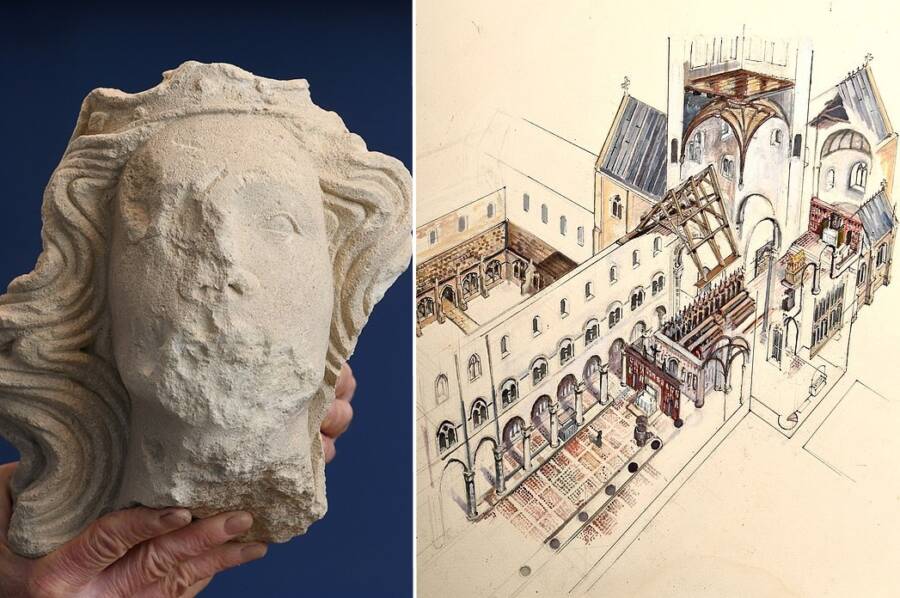 Zachary Culpin/Shaftesbury Abbey/BNPSThe destroyed stone head of an English king (left) and an illustration of Shaftesbury as it would have been in its heyday.

The Shaftesbury abbey was first constructed in 888. Before it was knocked down and its land sold under the order of Thomas Cromwell in 1539, the nunnery was about the size of Westminster Abbey and was the second-richest nunnery in all of England — second only to Syon Abbey on the Thames in Isleworth.

The stone head itself was uncovered during a six-week excavation of the former nunnery to uncover the ruins still buried at the site. Researchers involved in the dig believe that the stone head may have suffered direct damage from a sledgehammer.

“The quality of the carving is just absolutely stunning. You can even see the eyelids,” said Richards. “It’s slightly battered around the face, as if it’s been deliberately defaced.” Although the stone head will need to go through more significant analysis to determine who it is exactly meant to depict, the archaeologists suspect it was made in the likeness of King Edward II.

Edward II was the fourth son of Edward I. Since all his brothers had died before him, he ascended as the only existing heir when his father died in 1307.

Edward II is known for the political upheaval that ensued when he granted unprecedented control to his favorite — and rumored lover — Piers Gaveston. Edward summoned Gaveston back from his father’s ordered exile and gave him the earldom of Cornwall, a title only bestowed on royalty.

Edward II’s actions ignited resistance from nobles who issued the “Ordinances” in an attempt to limit royal control of finance and appointments. The king also tried in vain to invade Scotland but was defeated by Robert the Bruce. He was later deposed in favor of his son, King Edward III, imprisoned, and executed. 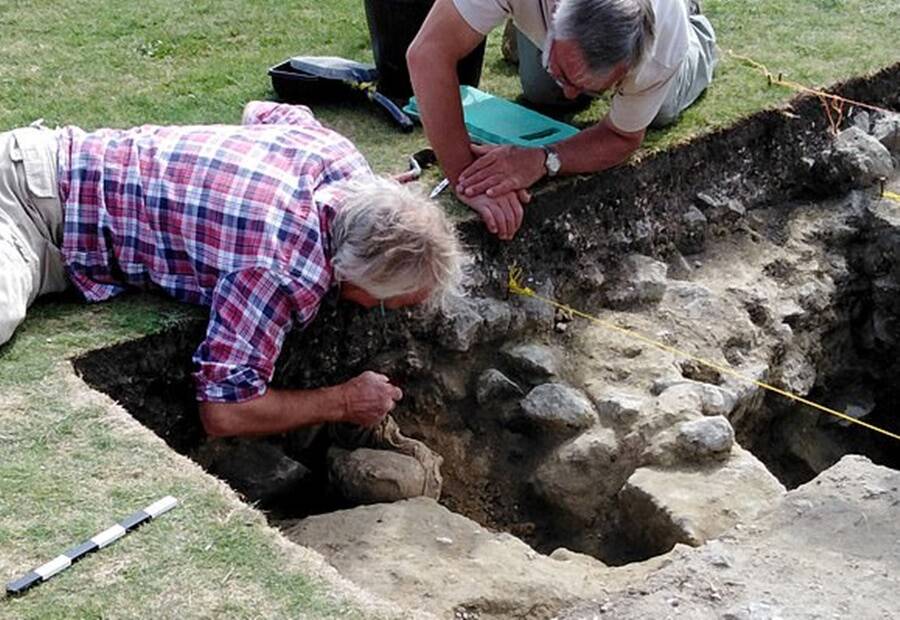 Shaftesbury Abbey/BNPSThe stone head was uncovered during a six-week excavation at the site of the former nunnery.

The discovery of the royal stone head hints at a gallery of similar sculptures depicting the past king and queens of England. Furthermore, researchers believe that the row of royal statues may have offered a visually-attractive divider between the section of Shaftesbury that was public and the closed-off area reserved for members of the abbey.

“We think this statue formed part of a row of statues that formed a stone screen that separated the public part of the church,” Richards said.

But more than anything, Richards contends, the discovery of the life-size statue is a reminder of what was lost when the abbey was struck down centuries ago.

“It’s just a sad reminder of what was here and what was smashed up,” he said