The Beauty Of Italy
Travel
By Claire Miles - January 6, 2022

Italy is known internationally as being one of the most prominent countries of civilisation, the birthplace of Western culture. Its unique geography has led to a unique way of life that is unlike virtually any other country in Europe. Visitors marvel at the vibrant cities, the beautiful scenery and heritage sites, and the opulent villas. It is one of the most beautiful countries in Europe. Italy has some of the most striking scenery to be found anywhere. The entire length of its coastline provide visitors with stunning views, and the Alps are possibly the best mountains for skiing in all of Europe. The rolling hills throughout much of inland Italy also provide a breathtaking view for visitors. 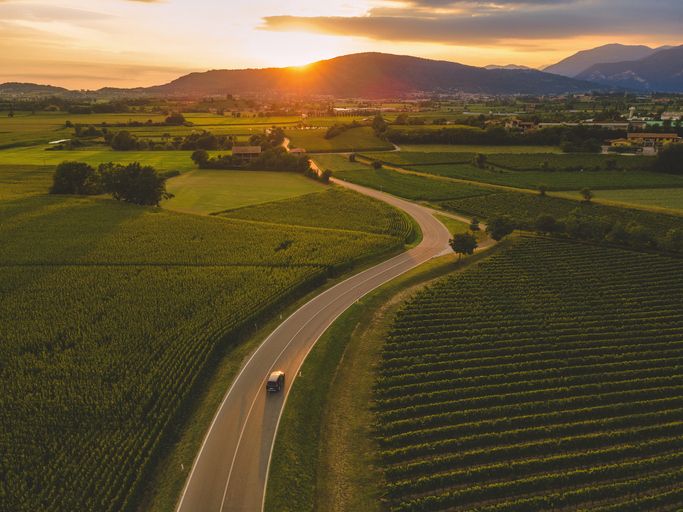 Need more reason to visit this beautiful country? The cuisine is some of the best in Europe. Italian food is well-known all over the world and has contributed to making Italian cuisine one of the most popular in Europe. Some common ingredients in Italian dishes include tomatoes, which remain a key ingredient today despite having been imported from South America by early European explorers who returned to Italy. Additionally, the fashion is unique and attractive. The Italian fashion industry has produced some of the most well-known brands in Europe, transformed international perceptions of beauty, and redefined women’s fashion around the globe. Italian designers are still seen as trendsetters in modern society today. The look of Italy remains stylish for both men and women. Italy has a rich history of fashion, design, and manufacturing that continues today with many luxury brands having their headquarters in this European country. It is a shopper’s paradise in many parts of the country, which would make it another warmly inviting aspect for visitors to Italy.

There are also thousands of historical sites to be found throughout Italy. Italy is home to some of the most well-known cultural, religious and archaeological heritage sites in the world. From Pompeii and Herculaneum which were destroyed by the eruption of Mount Vesuvius, to Rome itself with its Roman Forum and Colosseum, Italy has an abundance of significant historical artefacts that provide a window into the past. The climate is also great throughout much of the country/ Italy’s geography means that there are notable differences in climate between northern and southern regions. Summers are hot around the Mediterranean coastlines but cool further to the north. Winters can be cold in the Alps and mild in central Italy. Rainfall is highest along the west coast of Italy where there is sufficient summer heat and winter cold to cause intense rainfall. From its food and fashion to its historical heritage and unique culture, there really is nowhere else quite like it. That makes visiting Italy a truly memorable experience.