The Benefits of Adding Goji Berries To Your Diet
Health
By Claire Miles - January 30, 2022

In the world of herbal medicine, there are few plants with a history as esteemed and expansive as that of the goji berry. Considered a “superfood” by many, this small red fruit has been used in traditional Chinese medicine for thousands of years. Goji berries, scientifically named Lycium barbarum, are the fruit of two closely related species of boxthorn in the nightshade family indigenous to temperate and tropical Asia. They were first documented in Chinese medical texts made over 2000 years ago, but an even older legend credits their discovery to Ling Yen, a famous general who lived around 200 B.C. It is said that Ling Yen was gravely ill and nearly died when a young goji berry plant sprung up from the ground overnight where the general’s tent had been only hours before. In his moment of clarity, he recognized the miraculous fruit as a gift from heaven and consumed it in its entirety. Miraculously, he was cured of his illness instantly. The rest, as they say, is history. 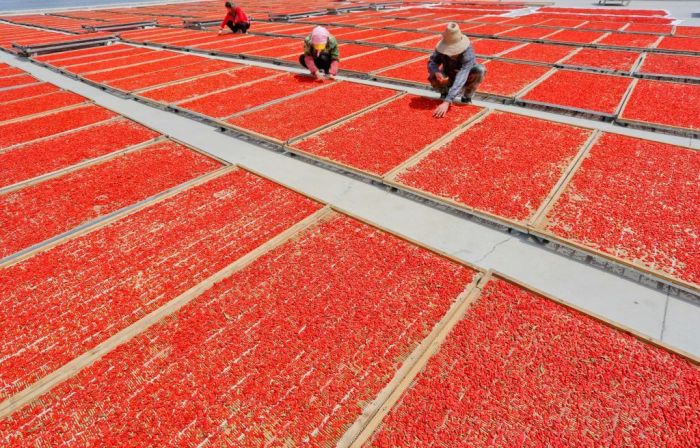 Today, goji berries are grown throughout Asia by both herbalists and common families alike. Often considered a “superfruit”, the benefits of goji berries are many. First and foremost, goji berry fruits are known to be a rich source of antioxidants, specifically carotenoids and tocopherols. These antioxidants may play a role in protecting the body against damage from free radicals associated with aging and disease. Not only are goji berries rich in antioxidant activity, but they contain a large number of trace minerals including zinc, iron, copper, calcium, and potassium. Zinc plays a key role in the function of over 200 enzymes throughout the body. Iron is necessary for red blood cell production and healthy immune system function. Copper is used by the body as a cofactor for many vital enzymes including cytochrome C oxidase and superoxide dismutase which play important roles in energy production and protecting cells from free radical damage, respectively. And finally, calcium has an extensive list of functions including healthy bone development, blood vessel contraction, nerve impulse transmission, muscle movement, enzyme activation, and the release of hormones throughout the body.

Furthermore, goji berries are well known for their positive effects on overall health and longevity, and they are also considered nutraceuticals (foods that provide medicinal benefits). Many traditional Chinese medical practitioners often recommend them for their anti-inflammatory, antitumor, antioxidant, hypolipidemic (decreasing cholesterol), immunomodulatory, and rejuvenating properties. The most interesting of these properties have been linked to a class of compounds called triterpenoids. Of these, much attention has been paid to the molecules Lycium barbarum polysaccharides (LBP’s) and Licochalcone A (a type of flavonoid). Based on both laboratory and clinical studies, it appears that LBPs interact with the immune system in several ways. They are known to stimulate macrophages (immune cells that ingest foreign materials), increasing both phagocytosis and the production of nitric oxide, which is capable of killing bacteria, parasites, and fungi.