Bonsai is the Japanese art form of growing miniature trees. The term Bonsai itself means “tree in a pot,” and it is a practice that has stayed around for over a millennium! Well-cultivated Bonsai trees can live for hundreds of years, so this doesn’t affect the tree’s lifespan. If anything, it preserves it from extreme weather conditions and man’s interference. Bonsai is an art that credits man’s ingenuity and creativity in subjecting the world around him. But how exactly did it come to be? 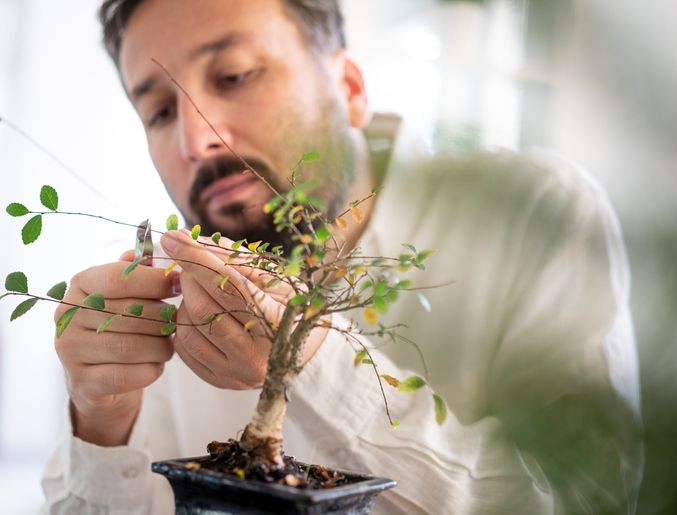 Although regarded as Japanese art, it did not begin in Japan. “Pen-Zai,” the Chinese elite’s practice of growing miniature trees, dates as far back as 700CE. The trees were known not as Bonsai but as Penjing (pen – tree, Jing -scenery). The practice was born by Chinese Taoist monks who believed that the miniature versions of natural objects held full magic. They probably got the idea from gnarled dwarf trees of their mountain temples. Penjing became Bonsai around 1100, specifically during the onset of the Hang Dynasty of China and the Kamakura period of Japan. This was due to the migration of Buddhist monks at the time.

By the 14th Century, they stopped being just a religious symbol as they found their way into the royal court as symbols of status and honor. Fast forward to the 16th Century, and even commoners could afford Bonsai trees! It is believed that in this period, the Japanese philosophy of “less is more” came into popularity and that the miniature trees were the inspiration. In China and Japan, Bonsai has evolved and developed in distinct ways. Chinese Bonsai is still very much a part of the ancient culture, and to the uninitiated, it can appear “crude.” On the other hand, Japanese styles are more appealing and organic, polished, and well-kept. Both sorts have their unique appeal and admirers.