Ice cream has been around for about 4000 years. It is believed to have been invented in China, but it was the Egyptians that left us written records of iced treats. Over time scientists have brought us back to the earliest known recipe using a mixture of milk and ice. In days gone by ice or snow was considered a present from nature and was seen as a luxury. Today ice cream is the third most popular desert in America and is enjoyed all around the world. Ice cream has been found in many different cultures and many people claim they invented it. The earliest mention of iced desserts dates back to 2000 BC from China, where the Chinese were making dairy-based, fruit-flavored desserts. The Chinese believed that ice was a gift from heaven! They would use the ice to chill their food and drinks, making them taste better in this hot climate. It is believed that they came up with the idea of blending milk and rice with ice to make a smooth creamy dessert. 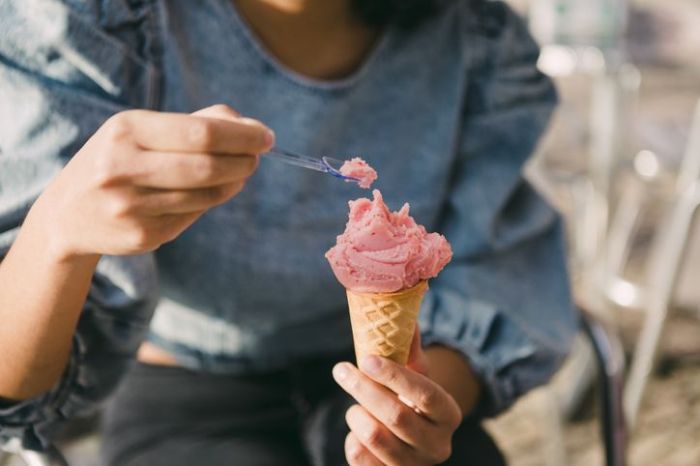 The next earliest mention of iced desserts comes from Persia, which is now known as Iran. They would make a sort of fruit-flavored shaved ice and add honey or syrup to sweeten it, and sometimes they would add fruit and nuts. Emperor Nero was very fond of iced dessert and especially loved frozen snow with fruit in it, so he brought this idea back from the Eastern empire. He would have a big team of slaves to do the work for him, and they would turn a sort of saltwater mixture into the snow by running a special machine. Then they would put it in a special tub that had a layer of ice underneath so it was nice and cold. The fruit he liked best was pomegranate so they started putting that in the tub along with honey or sugar syrup, which was then churned together. Nero is most famous for his love of ice cream but he also brought us back to the earliest known recipes used today!

In 1872, an American professor named Jacob Fussell opened a milk depot in Baltimore to sell excess milk. He started selling cream to make ice cream when his clients demanded more than plain milk. Before long, he had built the largest dairy in the world. Jacob Fussell is credited with inventing ice cream! But he wasn’t the only one who helped give us all these flavors we love today. The development of ice cream was a gradual process. As explorers, travelers, and immigrants to new lands brought back ingredients from their homeland, recipes evolved and changed. By the end of the 19th century, ice cream recipes had come a long way from Nero’s snow and fruit mixture. The first written record of any kind about ice cream came from a man named Marco Polo in his book: “Description of the World”. In it, he described a dish of milky, sweetened rice “as marvelous as anything can be.”