Julia Child, the famed chef, is a name recognized everywhere. Child was very lovable, funny, and treated her work like play, which is how she was able to cook for so many years. She made her audience realize that anyone could cook, and all it took was a little bit of confidence and some adaptation, and this made her a pleasure to watch. She launched her very first television series, The French Chef, and paid only $50 a show. This was a perfect time for this release because American cuisine needed some change. She successfully brought french cooking into a more accessible sphere. She came at the perfect time when all there was Jell-O, mayonnoise salads, and canned pineapples. She also broke the stigma that men are the ones that create the meals while women are just there to put dinner on the table. 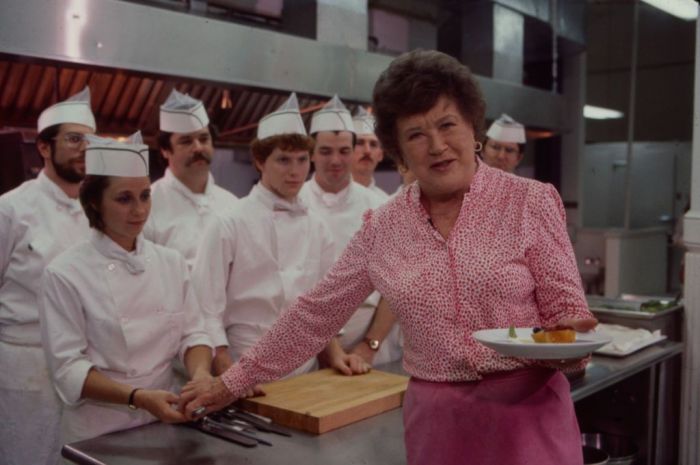 Julia Child was anything but ordinary. She stood at 6 feet 2 inches tall and had a very distinct voice that sounded as if she was singing. Regardless, she won many hearts over with her authoritative nature, authenticity, and vast knowledge. Interestingly enough, Child didn’t own television when went on before camera in 1961 for her promotion of Mastering the Art of French Cooking on the Today show. Not everyone who tuned into the show to watch her was not there to watch her cook but was there to watch her specifically. She remarkably was able to turn cooking into somewhat of a theatre performance. Her American appeal was on full display every time she stepped in front of the camera. One of the best things about Julia Child was her ability to laugh at herself, like when she tried to flip a potato pancake in a span but it spilled on her stove instead.

What people most connected to was her sheer humanness and her quirks. At the time, American television desperately needed someone on the scene who would take away any intimidation that came along with French cooking. She quickly was able to put her viewers on a path towards a life in which they loved cooking. Everyone was transfixed by her, from the people on set and the viewers themselves. When her show, The French Chef aired, she would shoot the episodes live and without any retakes. Julia Child once said, “I don’t think about whether people will remember me or not. I’ve been an okay person. I’ve learned a lot. I’ve taught people a thing or two. That’s what’s important. Sooner or later the public will forget you, the memory of you will fade. What’s important is the individuals you’ve influenced along the way.”