The Tamagotchi May Have Been Small, But It's Impact Remains Today
Gaming News
By Ashley Jobrien - December 7, 2021

In the 1990s, one of the most popular games among kids was Tamagotchis. People were so obsessed with these virtual pets, they couldn’t put them down. In this day in age, technology has changed quite a bit, but a new generation of this popular toy came to the market. It’s harder today to add a new device in the populated gadget market. The goal was to see whether these new devices can become a cultural phenomenon like the ones released more than 20 years ago. For some people, Tamagotchis helped form their thoughts on technology. It’s hard to believe that these egg-shaped toys would have such an impact. These toys were meant to imitate aliveness, by including realities of eating, exercising, going to the bathroom, and other biological functions. Tamagotchi’s were useless without its owner, and the user was in charge of raising it. This, in turn, created the unique emotional bond that kept people coming back to the toy time and time again. 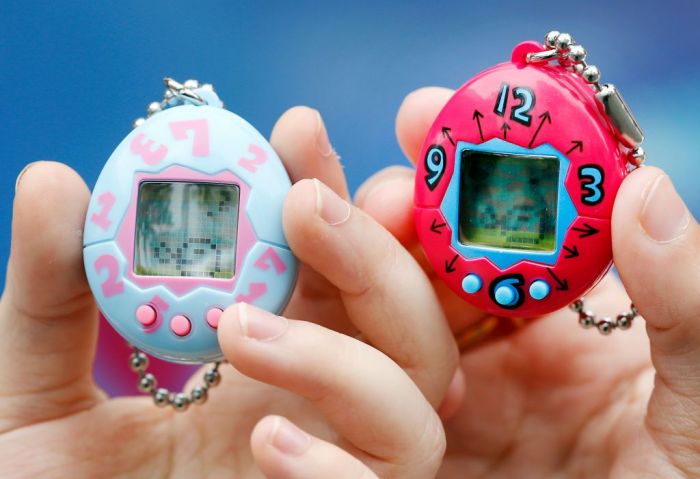 Tamagotchis were in fact an important development in the history of technology. Researchers have found that since the ’80s, people assigned a mind, whatever level that may have been, to a personal computer. Many parents loathed these toys, while others were right behind the idea, giving their children the opportunity to have the responsibility of looking after something. One of the most painful experiences for users was when the Tamagotchi would die, and there would be somewhat of a mourning period. it was more painful in knowing that the user had something to do with the toy’s death, whether it was not feeding their pet enough or cleaning them. There are even Tamagotchi “cemeteries” where people can share their stories. One read, “Here lie proud and honored Tamagotch’s [sic]. Please keep noise to a minimum and respect their rest. If u are an unfortunate owner [sic] and have lost your beloved Tamagotchi please make your way to our undertaker who will attend to all your needs.”

Although this may seem strange to users today, they changed the world in a way we would have never imagined. Users created attachments with their Tamas, and this may have led us to invest in Roomba vacuum cleaners and robot poets, along with Google Home speakers and Apple HomePod’s which are constantly listening. Tamagotchis prepared us to be able to view artificial beings as pets or friends. Although a Tama comeback is probably unlikely. Crystal Koziol, a host of Tama Tea, a Tamagotchi- themed podcast told Digital Trends, “I think a comeback for the brand is possible, but I think the time for a huge vpet resurgence, as influential as the original, may have passed. Western children play with toys less these days, and with a price point so high parents may opt for cheaper ‘higher entertainment value’ items at the same price, like a video game. A Tamagotchi comeback of any sort is probably most wanted, and would be supported by, nostalgia-fueled adults.”