Back in September of 2014, Apple CEO Tim Cook announced the long-awaited Apple Watch, which he described as a “comprehensive health and fitness device.” This laid the foundation for what the company believed wearable technology would be, which was not just something fun to wear, but something for our health. No one was quite sure what the use of smartwatches was for and many other companies like Samsung and Sony were also trying to invade the market to figure out what people would want in such a product. Apple also didn’t have a clear answer. It wasn’t smart enough and wasn’t ready to be part of one’s daily routine. Once Apple shifted its focus more on fitness, the watches gained popularity. In 2018, all smartwatch sales went up 61 percent. The watches were now being used to monitor health, including heart rate, steps, and even sleep. People started bringing the information from their watches to their doctor’s appointments. The passage of the watch through the healthcare system was most evident in cardiology, sleep medicine, and sports medicine. Over the last decade, smartwatches became impossible for doctors to disregard. 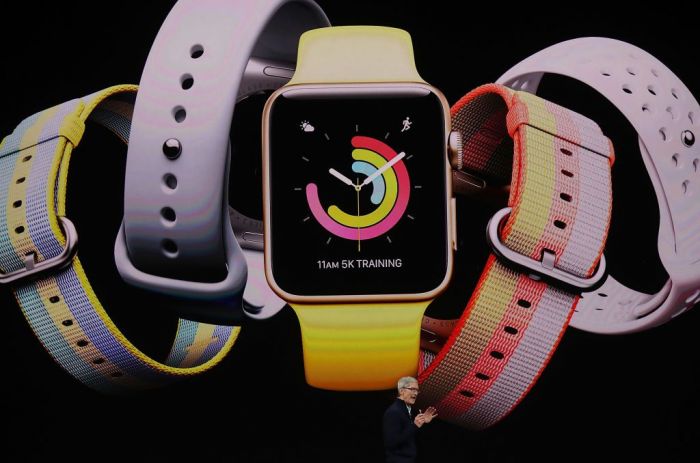 Matthew Ebben, a sleep specialist at Weill Cornell Medicine in New York said, “People come in and they have their device, and they’ve downloaded that data, and they want to show it to you. It happens all the time.” Four years after Cook named Apple watches health devices, he was claiming that they could now be life-saving. The company re3cieved a clearance from the Food and Drug Administration for an app that could detect irregular heartbeats, making the watch a medical device. Many other smartwatches followed suit, but doctors were still wary about this new technology. Mohamed Elshazly, cardiac electrophysiology at the Cleveland Clinic told The Verge, “People were watching ads and hearing Tim Cook say that it’s a lifesaving device. So we started getting a lot more of those patients. We have definitely seen an uptick in the last two to three years.”

Applen watches have been helpful for both cardiologists and patients, but most doctors aren’t recommending a cardiac patient buy one of these wearable watches for treatment purposes. Elshazly explains that there isn’t enough comprehensive data on how much of a difference they actually make in public health in general. However, doctors can still use the data provided by the watches if a patient already has the device. Liz Joy, a sports medicine specialist and senior medical director of wellness and nutrition at Intermountain Healthcare in Utah, says that patients don’t usually bring up the watches at their appointments. She believes they do not think the collected information is something to bring up at the doctors. It seems that more and more people are starting to see the limitations of these wearable devices, according to Ebben. After a rush of patients bringing in their own data, he noticed a decline. He said, “I think people are more aware that this is more entertainment than data.”