This is Venus Williams’s very first Lacoste campaign, illustrating that fashion and sports can make the perfect pair. Venus Williams is not only a tennis champ, but she also appreciates the world of fashion, saying that she’s always admired Rene Lacoste’s take on fashion. In an interview with Vogue magazine, Williams said, “Her clothes really transform you once you put them on. I’m into what makes you happy, and fashion and clothes make me so happy. It’s where I belong.” 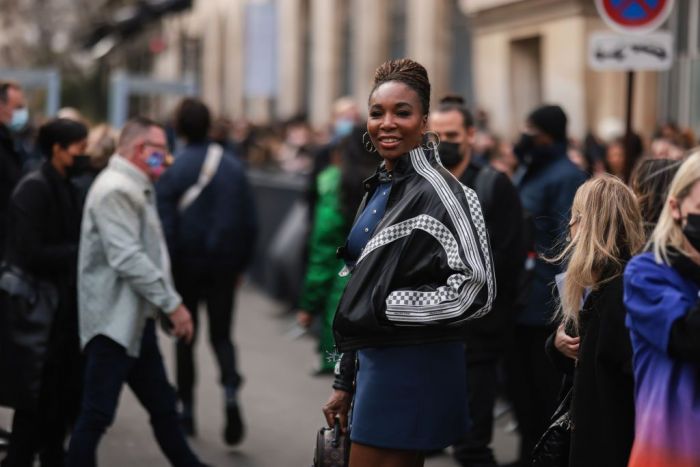 Williams is at the top of the charts when it comes to powerful women, yet, she still gets excited over a great outfit. The creative director of Lacoste, Louise Trotter, and Williams, were a great match for each other. When explaining how it was like working with Trotter, Williams said, “It was like role modeling for me. Working with Louise makes me feel like I want to be better; I want to work harder; I want to dig deeper inside of myself.” Trotter also speaks highly of Williams, as she is a big tennis fan herself. She was so glad to be working with Williams and said, “I can get a little bit emotional, because I’m a big tennis fan and having the opportunity to work with someone that you have so much respect for, she’s a true trailblazer.”

Williams explains that being a role model starts from within, saying, “You can’t really be a role model for someone else if you’re not happy with how you feel about the way you’re living your own life. I just wanted to play tennis and then this whole role model thing came after, but thankfully my parents were good parents and gave us values.” Williams is not one to sign brand endorsement deals like that, so this was a very special collaboration for both women. When it comes to her personal style, Williams explains, “I just wake up and I get dressed to the nines, like every day. I felt like I was waiting for my life to happen. Now, my life is so much better!” Williams is a true role model, on and off the court, and she is proof that dressing for yourself, and putting on what feels good for you is true empowerment.